Synergistic Products for Your Benefit 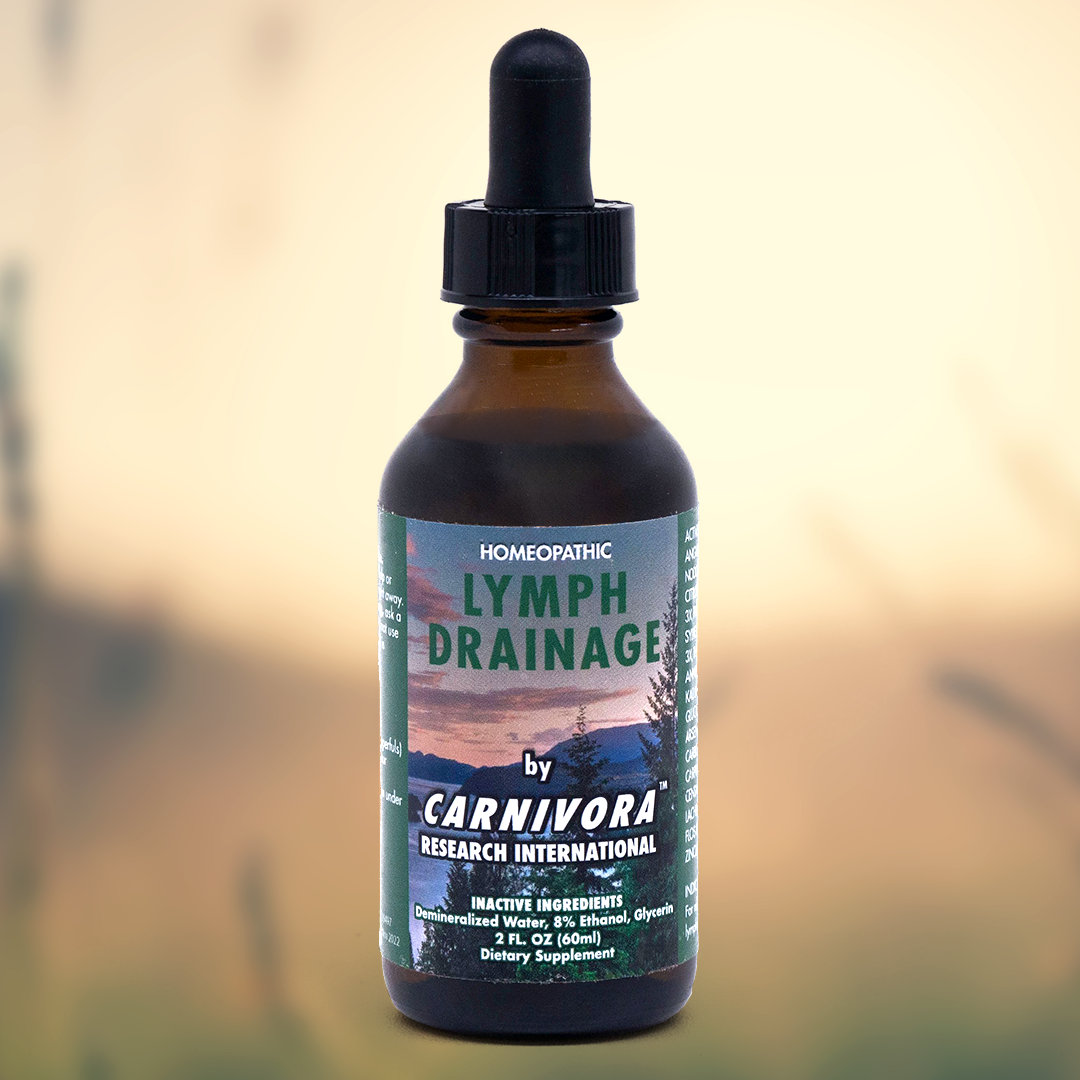 2 oz. bottle. Stimulates and cleanses your lymphatic system. For relief of large and irritated lymph glands and exhaustion.

While Carnivora is responding to abnormal cells, these abnormal cells end up somewhere! These cells eventually enter the lymphatic system.

The lymphatic system has three interrelated functions: it is responsible for the removal of interstitial fluid (the fluid found in the intercellular spaces); It bathes and surrounds the cells of the body, providing a means of delivering materials to the cells (intercellular communication) and removal of metabolic waste from tissues; AND it transports immune cells to and from the lymph nodes. The lymph system transports antigen-presenting cells (APCs), such as dendritic cells, to the lymph nodes where an immune response is stimulated.

The study of lymphatic drainage of various organs is important to maintain a healthy immune system! The lymphatic system, because of its physical proximity to many tissues of the body is responsible for carrying cells between the various parts of the body. Problems associated with the lymphatic system can cause swelling and other detrimental symptoms. Additionally, problems with this system can impair the body's ability to fight infections. 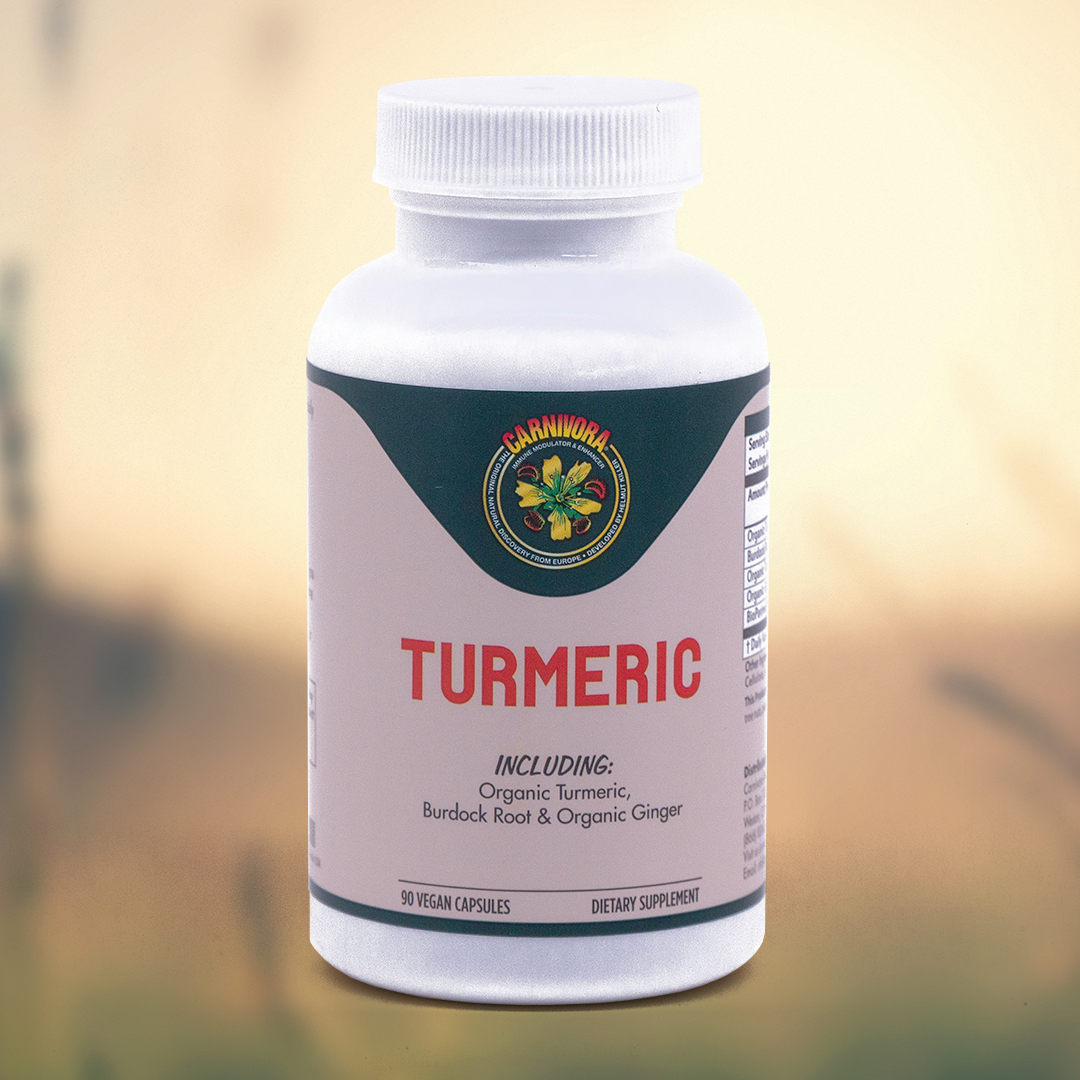 Turmeric is a tropical plant with a very long history of medicinal use, dating back thousands of years. Our formula also includes organic ginger, burdock root, and Bioperine® for improved bioavailability and absorption.*

Turmeric is a tropical perennial plant in the same family as ginger, native to India, and cultivated throughout the tropics around the world. Growing to a height of about three feet (one meter), it bears pairs of lance-shaped leaves on alternate sides of the stem. At the base of the stem, there is a knobby rhizome somewhat resembling ginger.

Many of the benefits of turmeric have been attributed to curcumin, a group of antioxidant compounds found in the rhizome.

Burdock has been an important botanical in Western folk herbalism and traditional Chinese medicine for thousands of years, primarily valued for its cleansing and skin smoothing properties. The entire plant is edible and is a popular vegetable in Asia, particularly in Japan.

Burdock is an all-purpose herbal that has been used continually for various purposes for the last few thousand years in Asia and Europe, and more recently, in North America. It is a food plant called gobo in Japanese and is a much-consumed vegetable in Japan.

This herb is highly effective, gentle, and multipurpose. It promotes the flow of bile and also increases circulation to the skin. Burdock is used widely as a blood purifier. It works best over time and demonstrates restorative properties due, in part, to its bitter tonic effects on the digestive system. It also contains inulin which feeds the healthy bacteria in the colon.

Ginger has been valued as a zesty spice and a reliable herb for centuries, with the first recorded, uses found in ancient Sanskrit and Chinese texts. It has also been utilized in Greek, Roman, Arabic, and Unani Tibb traditional medicine practices and is now a widely known herb in most parts of the world.

Ginger is a tropical, aromatic, perennial herb that is most likely native to tropical Asia (yet has been cultivated for so long that the exact origin is unclear). Ginger is widely grown in many tropical countries.

Ginger has been used for thousands of years in traditional Chinese medicine (TCM).

Black pepper is one of the most commonly used spices globally, adding warmth and zest to savory dishes. It has been employed medicinally in Ayurveda and TCM and, more recently, in herbal folk healing practices. Several black pepper derivatives, such as piperine, have shown promise in supporting the health of the digestive system.

Warning: If you are pregnant, nursing, or are using any prescription medication, consult your healthcare practitioner before taking this product.

* These statements have not been evaluated by the Food and Drug Administration. This product is not intended to diagnose, treat, cure, or prevent any disease.

Suggested Use: Adults take 2 capsules daily, with meals, or as recommended by your healthcare provider.